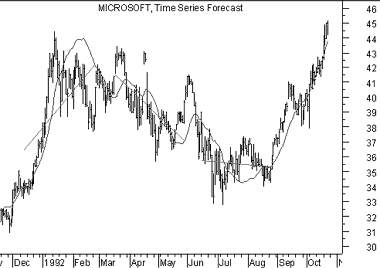 I’ve also drawn three 50-day long linear regression trendlines. You can see that the ending point of each trendline is equal to the value of the Time Series Forecast.